When Nicholas Dahl, 36, called Chase Bank to find out about his options for mortgage forbearance at the end of March, an automated voice informed him the wait time would be 43 hours and 45 minutes. Dahl, who runs his family's art transportation business, hasn't been able to draw a paycheck since all nonessential businesses in Illinois were shuttered on March 21 due to the coronavirus pandemic. And he doesn't know how much longer he and his wife will be able to keep making payments on the three-bedroom house in the Chicago suburbs where they're raising their 8-year-old daughter.

After three hours and 45 minutes on hold, and several times where he heard a woman saying "hello" before going back to the call music, he finally hung up. He emailed the bank for information instead.

(After this piece was published, a Chase Home Lending spokesperson contacted us with this statement. “Over these 90 days we will be in communication with our customers to make sure they have the help they need. ... We're just holding tight for [government agency] guidance on how to handle each of these loans.")

"I don't really think it's worth it," says Dahl, who's losing about $5,000 in income each month his business is closed. "I don’t really want to pay four mortgage payments in one.”

Dahl is one of many thousands of Americans who are having trouble making their monthly mortgage payments due to the coronavirus pandemic—or will soon, if the crisis drags on. In the past month, nearly 17 million Americans have filed for unemployment as shelter-in-place orders, social distancing measures, and nonessential business closures went into effect. Last week, economists estimated the unemployment rate was about 13%—worse than during the Great Recession. And those numbers don't even include many out-of-work, self-employed, and gig workers along with those who've had trouble filing their claims because unemployment offices are overwhelmed.

The widespread misery spread by COVID-19 has left many homeowners scrambling to figure out how to pay their mortgages. Homeowners with government-backed loans—and even many without—are being offered up to 12 months of forbearance, doled out in 90-day chunks. But this temporary fix could result in another wave of foreclosures if additional assistance isn't provided.

Many homeowners could be asked to pay back all of those missed mortgage bills in one lump sum at the end of the forbearance period, a near impossible feat for many who can't afford their payments today and don't know when the economy will recover.

Fannie Mae, Freddie Mac, and the Federal Housing Administration say their borrowers, who make up slightly more than half of all buyers, are never required to make lump-sum payments. They also offer various assistance plans, some more generous than others.

But even those homeowners will also eventually have to make good on what they owe, a hardship for those out of work. Those who can't could eventually lose their homes.

“We are concerned about what’s going on right now, with many people going into these forbearance plans without a clear sense of what will happen at the end," says Joseph Sant, deputy general counsel for the Center for New York City Neighborhoods. The nonprofit organization promotes and protects affordable homeownership.

“If we don’t see further action from Congress to fill this hole ... we could see another foreclosure crisis when these forbearances end," warns Sant.

Dahl's uncertainty over what would happen at the end of his forbearance period prompted him to tap his savings and his wife's ongoing salary as a dental assistant to make his $1,700 mortgage payment for their Rolling Meadows, IL, home. But the family can't afford to do this indefinitely if he can't get back to work. He's already lost out on thousands of dollars of annual revenue, as many of the bigger art shows have been cancelled.

"I don’t like to leave things to chance, and I don’t want to lose my house because of something that is out of my control," says Dahl. “Mortgage companies should be a lot more flexible. If they show flexibility, we will not have a repeat of '08."

The foreclosure crisis was in the rearview—until the coronavirus

Before the pandemic, the foreclosure crisis that followed the housing bust and lingered after the Great Recession had seemed firmly in the rearview.

In January, just 0.4% of mortgages were in some stage of foreclosure, according to the most recent data released by real estate data company CoreLogic. Meanwhile, only 3.5% of mortgages were delinquent, which means they were at least 30 days late.

The association expects the number of homeowners requesting forbearance to steadily increase.

About 15 million homeowners could rely on forbearance to get them through this crisis, or nearly a third of all single-family mortgages, predicts Mark Zandi, chief economist at Moody's Analytics.

“I don’t think a lump sum works, at least for most homeowners," says Zandi. If there isn't additional assistance offered, "there will be a lot of credit problems down the road, delinquencies, defaults, and foreclosures."

Sant, with the Center for New York City Neighborhoods, is worried about the lack of uniformity among mortgage assistance programs, particularly between government-backed loans and non-government-backed loans. So available help can vary even though many mortgage companies and servicers follow the steps that Fannie and Freddie take.

Instead of forbearance, Sant would like to see the creation of a program to keep mortgage payments affordable, similar to the one the federal government created after the housing bust of more than a decade ago. It helped to save more than a million homes from the clutches of foreclosures and short sales. The program granted things like loan modifications, which could lower monthly payments, and deferments, which tacked missed payments onto the ends of loans, thereby extending their duration. These actions helped homeowners remain in their properties.

Many of the government-backed loans offer similar options.

(However, the federal government's Home Affordable Modification Program was widely criticized for not helping nearly enough homeowners. And about a third of the borrowers who participated in the program wound up falling behind on their mortgage payments again.)

"There tends to be this initial, naive hope [from government officials] that, let's put the situation off, let's pause for a few months and hopefully at the end of it, people will recover and they won't need deeper relief," says Sant. "But we need to be planning now to provide meaningful relief."

Many homeowners seeking mortgage assistance are wary of forbearance

Since the crisis began, Seattle-area business owner and author Debrena Jackson Gandy's income has dropped by about 30%. Her husband, an Uber driver, has seen his take-home pay fall by about 40%. And the couple were worried about paying both the first and second mortgages on their four-bedroom home in the Seattle suburb of Des Moines, WA.

So in late March, Jackson Gandy, 53, called her mortgage companies. The first one, where she has her primary mortgage, agreed to defer her April payment and add an extra payment onto the end of her loan. But her experience with Bank of America, where she has her smaller, second mortgage, didn't go as smoothly.

The representative she spoke with offered her three months of forbearance instead. She could apply for a loan modification at the end of that period. There was no guarantee it would be granted.

"It was really shocking," says Jackson Gandy. She runs Masterminds, a personal and organizational development company that hosts events, some of which have been moved online while others have been cancelled.

"If one month is a challenge, then how can I pay four months at once?" she asks.

She was a week late in making her April mortgage payment to Bank of America, because she had to wait for her husband's earnings to come in.

"If you can make the payment, make the payment now," says Rocke Andrews, a mortgage broker at  Lending Arizona in Tucson. He's also the president of the National Association of Mortgage Brokers, a trade group.

"Don't take [forbearance] if you don’t absolutely need it. It all becomes due, and who knows what happens between now and then,” he advises. 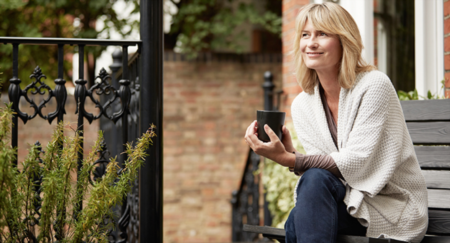 Originally Published on Keeping Current Matters One of the biggest questions we all seem to be asking these days is: When are we going to ...Read More 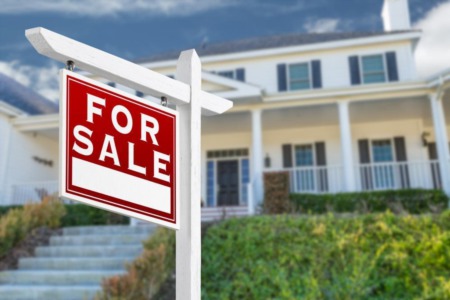 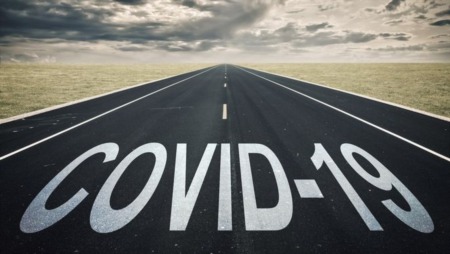 What Home Buyers and Sellers Can Expect in 2020, as Pandemic Revises Forecast

Originally Published on realtor.com by Clare Trapasso There are so many ways in which 2020 is not turning out the way most Americans expected. ...Read More