Strength of the Economy Is Surprising the Experts

We’re currently in the longest economic recovery in U.S. history. That has caused some to ask experts to project when the next economic slowdown (recession) could occur. Two years ago, 67% of the economists surveyed by the Wall Street Journal (WSJ) for the Economic Forecasting Survey predicted we would have a recession no later than the end of this year (2020). The same study done just three months ago showed more than one third of the economists still saw an economic slowdown right around the corner.

The news caused concern among consumers. This is evidenced by a recent survey done by realtor.com that shows 53% of home purchasers (first-time and repeat buyers) currently in the market believe a recession will occur by the end of this year. 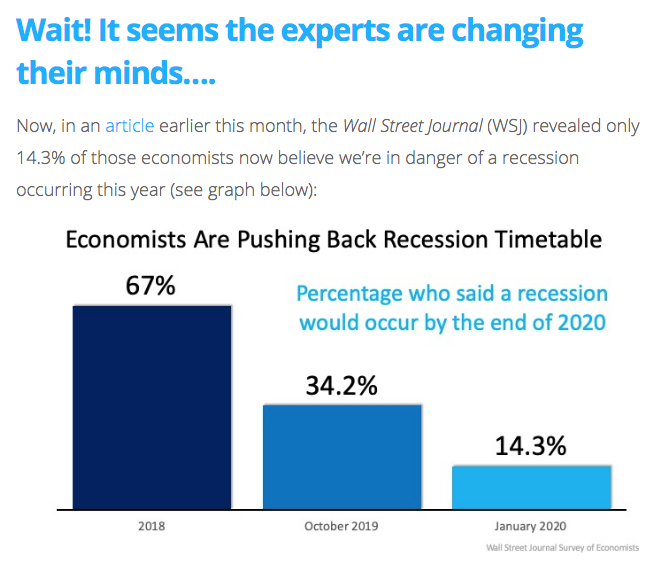 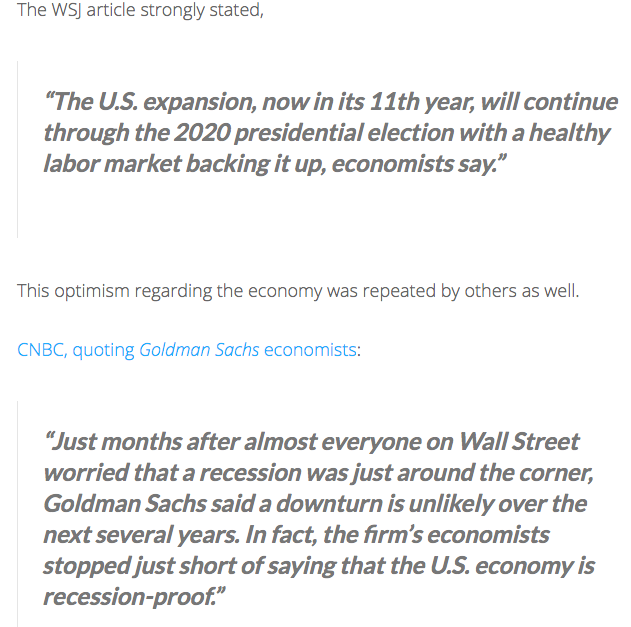 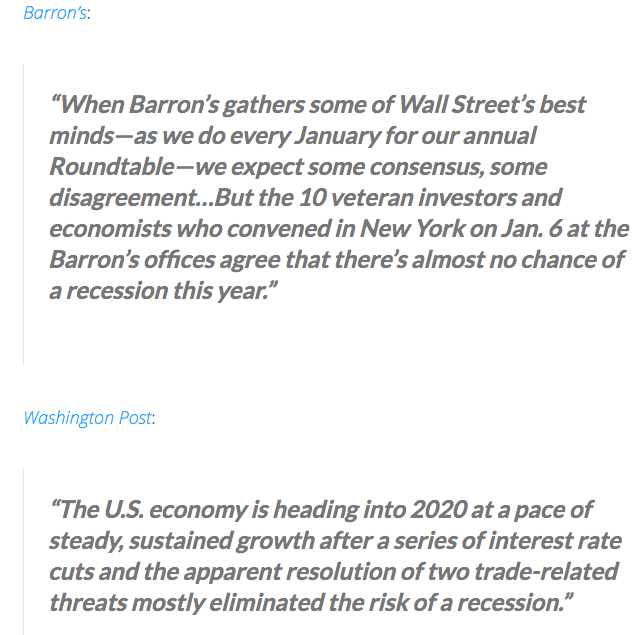 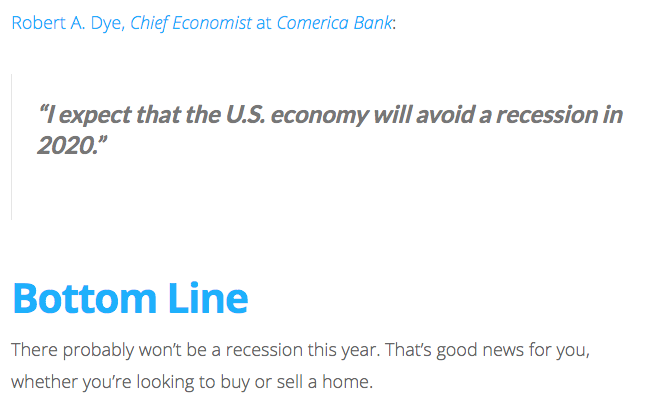